Posted on November 2, 2019 by flowgently

The Glens made two changes to the eleven that started against Rob Roy with Craig Menzies and Ally Park replacing Dan Orsi and Cameron Marlow for this Scottish Junior Cup 3rd round tie with Banks O’ Dee, in the first meeting between the two clubs. 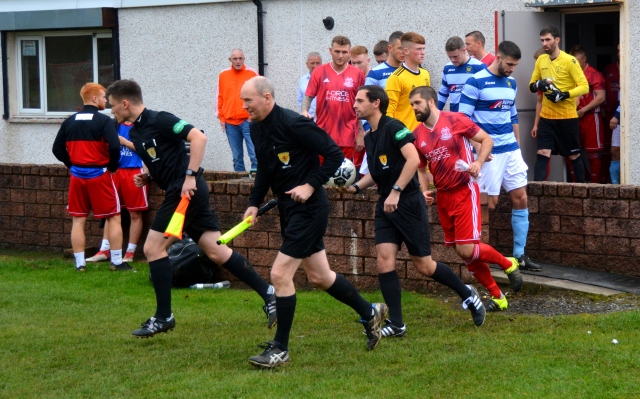 The home side started brightly with Dale Moore’s shot from 20 yards pulling off a good save from keeper Andy Shearer.   Glens looked lively on both flanks with Lee Gallacher on the right and Matthew Reilly on the left, the young midfielder time and again turning defenders as he drove for the bye-line before cutting the ball back into the box. 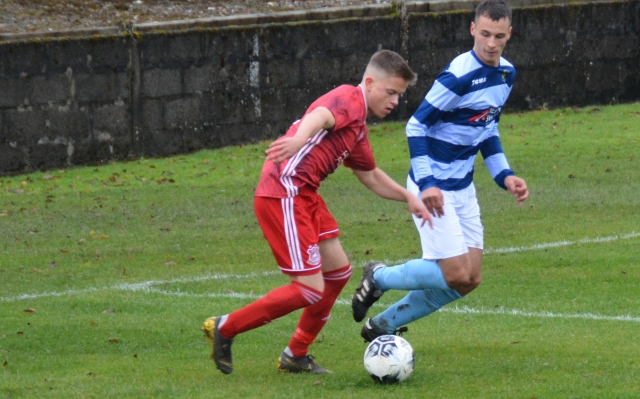 Matthew Reilly on the move

On 11 minutes Findlay Frye gathered the ball at the edge of box and forced his way forward between two defenders, before all three on the ground and the Glens midfielder’s appeal for a penalty waved away.  Meanwhile the keeper retrieved the loose ball and launched it up the left flank for Robert Armstrong to chase and burst into the box only for Craig Menzies to make a superb tackle before he could square to Ryan Hall for a tap in.

Stuart Duff then broke down a Glens move in the middle of the park and Dee broke upfield where Kane Winton won his side the first corner kick of the game. It was Winton that got the jump on the Glens defence to head home the opening goal on 13 minutes. 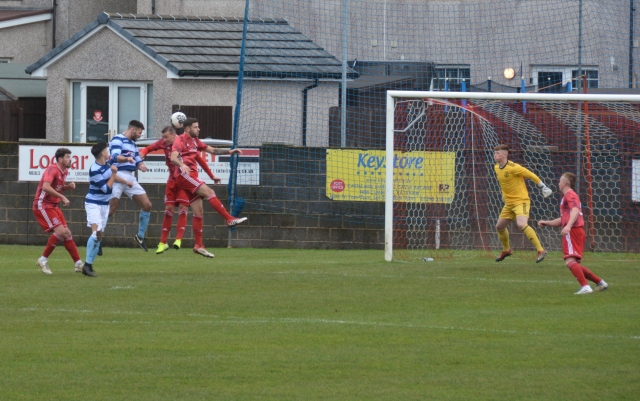 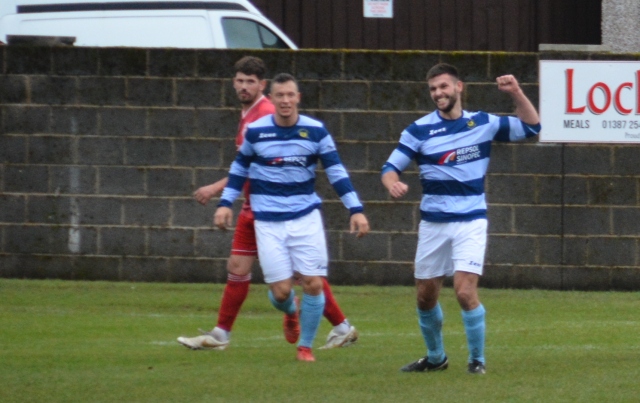 Four minutes later Duff threaded a great diagonal ball into the box for Mark Gilmour to cut in from the right only for keeper David Wilson to rush from his line and dive at Gilmour’s feet to get a hand to the ball and deflect it off the midfielder’s shin for a goal kick. 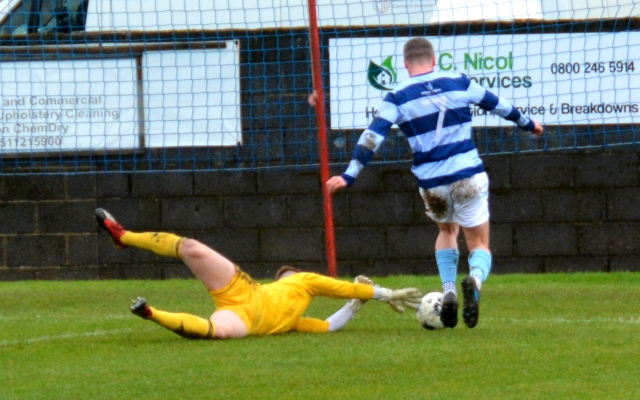 David Wilson saves at the feet of Mark Gilmour

Back came the hosts and Ally Park picked out Moore on the outskirts of the left-hand side of the box who took a touch before skipping past a defender and curling a shot from 20 yards that whizzed past the post. Soon after another Reilly rush down the left earned the Glens their first of three corner kicks in quick succession all of which the Dee defence handled stoutly including one that Kyle McAusland tried to force home at the back post.

Hall did well to set up Michael Philipson to tee up a shot from just inside the box before Alan Cairns made a timely tackle to clear the danger.  Glens responded with Reilly and McCulloch combining down the left to win another corner kick which Shearer rushed from his line to punch clear with both fists.

On 24 minutes Winton’s long ball down the right was chased down by the lively Philipson who quickly inside leaving a trail of defenders in his wake before drilling a low shot from the edge of the “D” that lacked the power to test Wilson. However, this sparked a spell of pressure that delivered Dee three consecutive corner kicks one of which Mick McCann’s defensive header off the line denied Gilmour a certain goal.

The game continued to rage in traditional Junior cup style and inevitably a couple of flash points that resulted in yellow cards which were accepted without too much of a fuss. 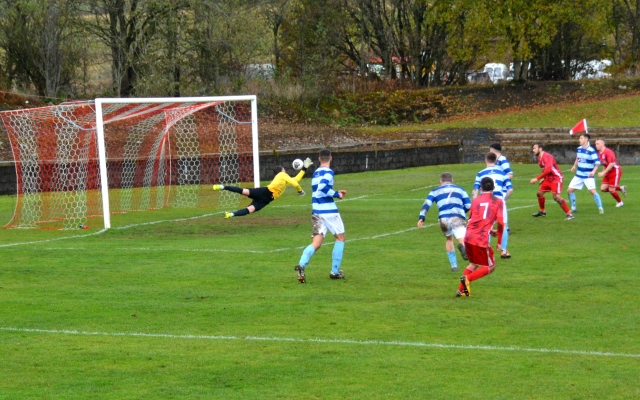 On 34 minutes Gallacher switched play from right to left to match Moore’s run for the far side of the box. Here he gathered the ball before wrong footing a defender and curling a shot past another that appeared to evade the diving keeper at full stretch only to sneak inches wide of the back post. In fact the keeper was adjudged to get his finger tips to the ball and a corner was awarded. This was cleared only for Glens to regain possession and continue to press without success. 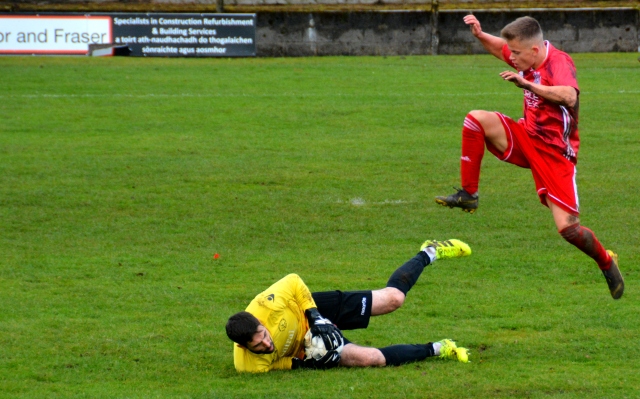 Play continued to flow or perhaps grind from end to as both teams gave all in the run up to the break in a cracking cup-tie.

Glens enjoyed the early pressure but Dee always looked dangerous on the break with slick passing and making good use of both flanks. On 54 minutes Winton pushed forward and picked out Ryan Hall’s run to the back post for a tap in it seemed, only for keeper David Wilson to rush from his line to rob the striker with an outstretched leg. 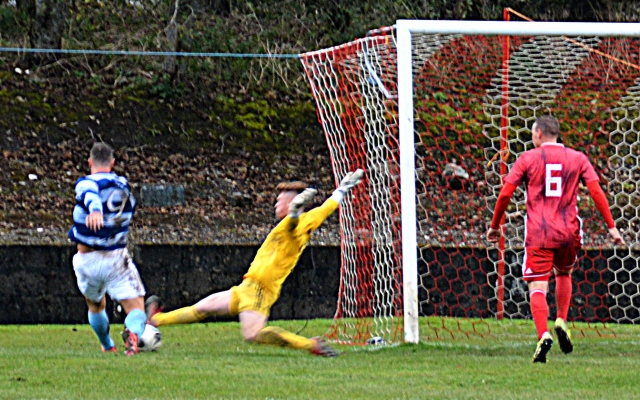 Back came Glens through Craig Menzies floating the ball into a busy box which was headed clear  to the feet of Findlay Frye who quickly squared the ball to substitute Dan Orsi to blast a shot from 22 yards that cannoned off the keeper’s chest before fellow sub Joe Andrew pounced on the loose ball to fire home from 6 yards out. The tie now all square on 70 minutes. 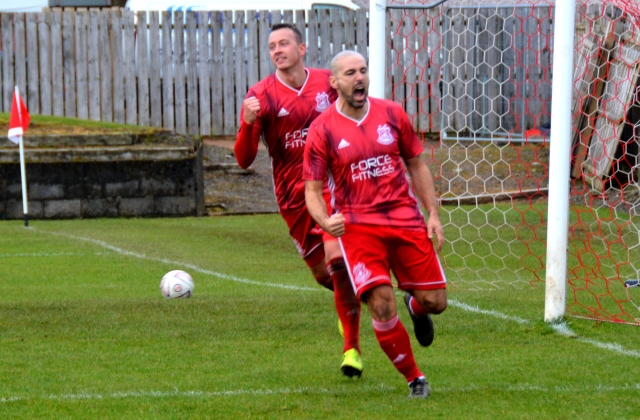 Andrew came close to adding a second on 73 minutes after turning in the box and lashing an angled shot from 12 yards that beat the air-borne keeper but sailed just wide of target. On 79 minutes the home side’s efforts were rewarded with Reilly the architect through another determined run down the left flank before whipping a superb ball into the box where Andrew’s header was met by the incoming Dan Orsi to bullet home a header for 2-1. 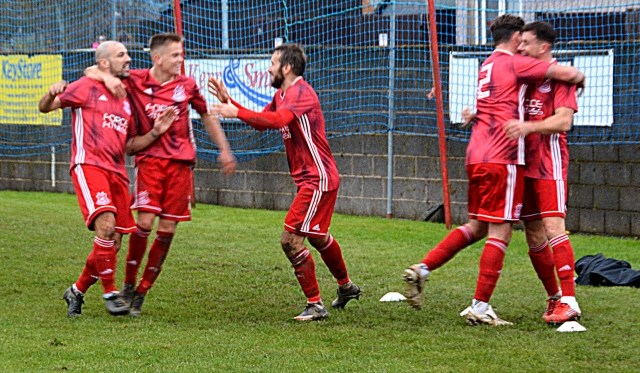 Glens continued to threaten and on 84 minutes Frye’s shot from 15 yards whizzed over the bar.  A minute later however Dee earned a penalty kick after Ally Park brought Winton down in the box. Up stepped Stuart Duff to smack the ball firmly only for Wilson at full stretch to magnificently push the ball round the post. 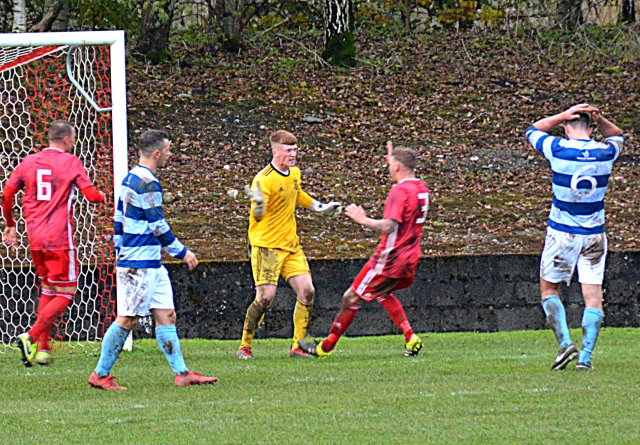 In the closing minutes the Glens survived a couple of dangerous forays by the Dee, one ending in the safe hands of Wilson the other cleared by Craig Pettigrew after an almighty scramble deep in the box.

An enthralling Scottish Junior Cup tie came to a close with Glens coming from behind to progress to the 4th round. 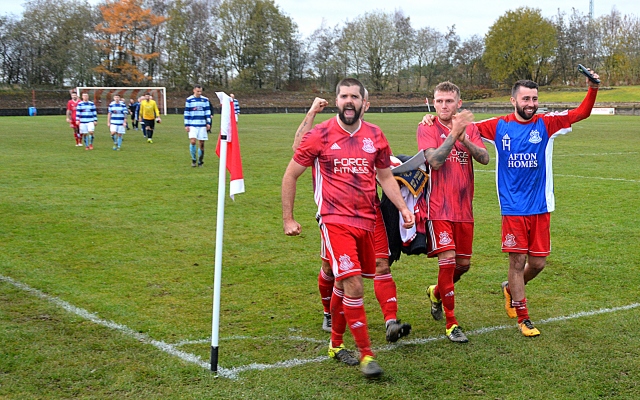