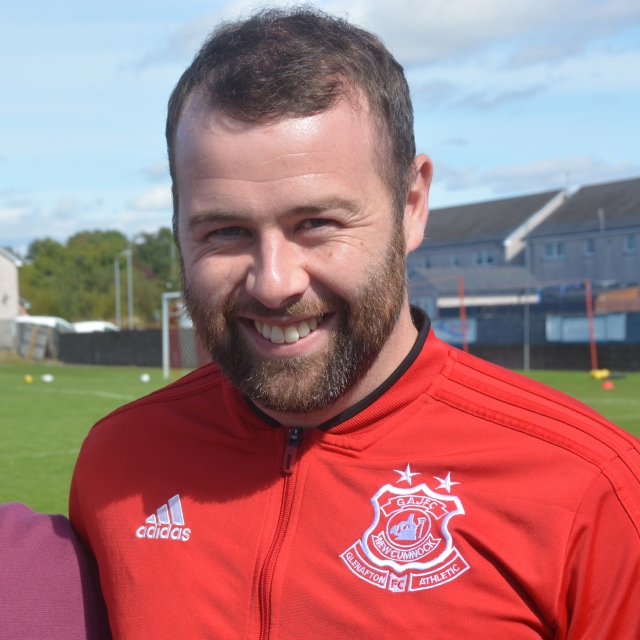 Glenafton Athletic can confirm that goalkeeper Brian McGarrity is hanging up his gloves after being side-lined following  another serious injury at the start of the season. This is devastating news for Brian, the club and its supporters. Everyone at the club appreciates this has been a painful and emotional decision for Brian  to make. We hope by way of consolation that Brian   realises the huge impact he has made at the Glens, both on and off the park, and that he and his family will have happy memories to look back on as well as a clutch of medals.

Brian first caught the eye of Glenafton supporters in a league game for Annbank United almost 10 years ago in season 2010/11 when he saved a penalty from Craig McEwan on his Glens debut at New Pebble Park.  He had also caught the eye of Auchinleck Talbot and moved to Beechwood the following season as cover to Andy Leishman where in the   Evening Times Cup Winners Cup Quarter-final he saved two Glens spot-kicks to ensure the home side won the shoot-out. 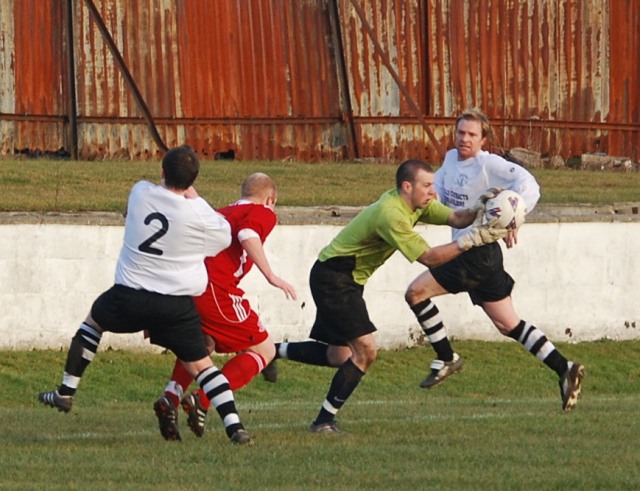 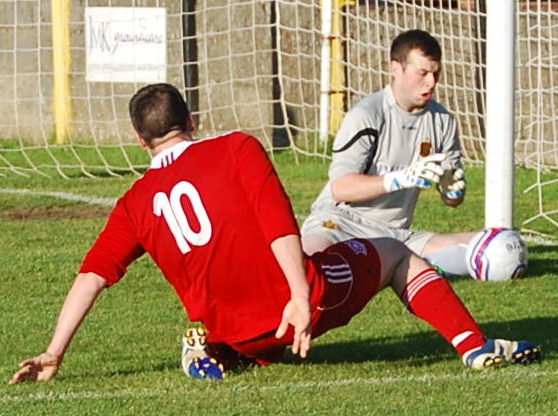 Brian joined Glenafton at the start of Season 2013/14 and made his debut in the Ardagh Cup Sectional match in a narrow 3-2 defeat at Beechwood, a deflected own goal winning it for Talbot two minutes from time. In the last game of the season he earned his first Glens medal, as runners-up in the Scottish Junior Cup final. Brian’s first honour came at the start of the following season in the Ardagh Cup, a competition they seem destined to exit at the Quarter-final stage after trailing 2-0 away at Whitletts Victoria. However, two late goals forced a penalty shoot-out and incredibly Brian saved four-in-a-row to put the Glens through. A clean sheet in the final against Talbot saw the Glens run out 2-0 winners.

The next cup final was also against Auchinleck Talbot in the Scottish Junior Cup final of 2016/17 at Rugby Park.  Brian kept a clean sheet from the 3rd round through to the two-legged semi-final against the strongly fancied Bonnyrigg Rose – 6 games in total before the 2-1 victory over Talbot at Rugby Park.

Keeping a clean sheet at Bonnyrigg 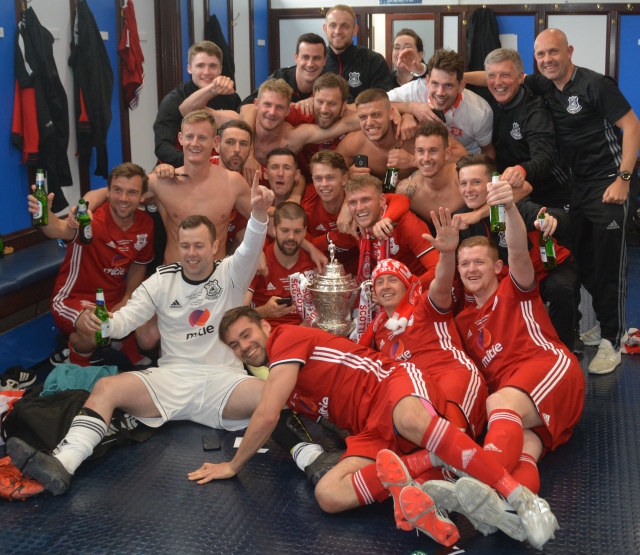 By that time Glens had already been crowned West Region Premier Champions and went on to win The Evening Times League Champions Cup where Brian kindly stepped aside to allow back up keeper Blair Lochhead to play. 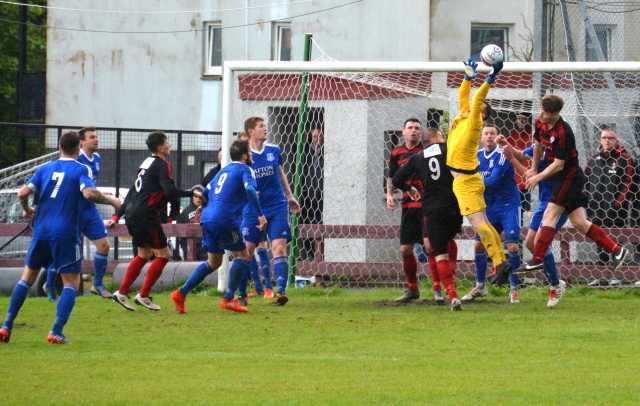 Winning the League at Rob Roy

The following Glenafton gained entry to the William Scottish Cup and progressed through two Preliminary Rounds and then the 1st and 2nd rounds proper where clean sheets were delivered. In the 3rd round the Glens gave a great account of themselves before losing 2-0 away to Championship side Livingston, who would go on to win promotion to the Premier Division. 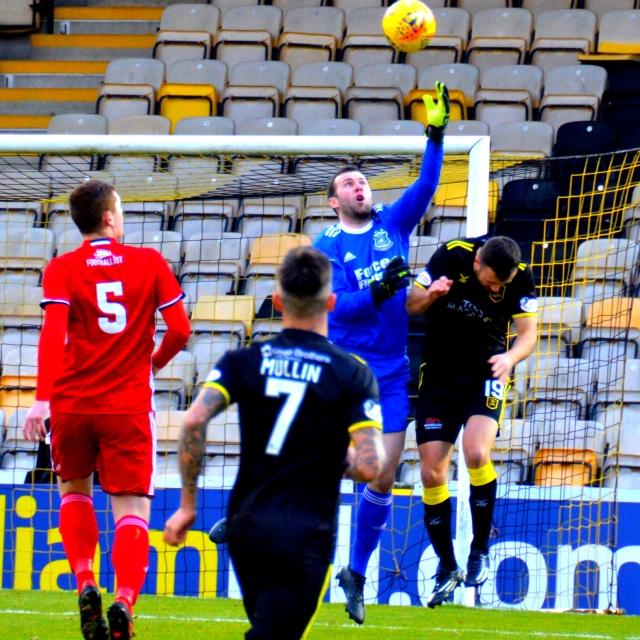 Scottish Cup against the Livi Lions

Last season Brian added a first to his Glens record when he scored a late winner in a West of Scotland Cup tie with a kick from his own box catching his counterpart off his line.

However, the season ended prematurely for him with injury forcing him to miss out in the last five games.  In his third game of this season injury struck again requiring Brian to be substituted at half time at Beechwood Park. Sadly, it seems his Glenafton career has come to a close where it began in a game against Auchinleck Talbot. In his six full seasons with  Glenafton Athletic he made 196 appearances and scored 1 goal; add the three appearances for this season he falls one short of two hundred appearances for the Glens.

The final word comes manager Craig McEwan  “I am distraught to be putting this out there as not only has Brian been an excellent servant to the Glens but I have made a friend. Do not be a stranger mate and I hope you are about the place to allow me to keep pestering you to return.” 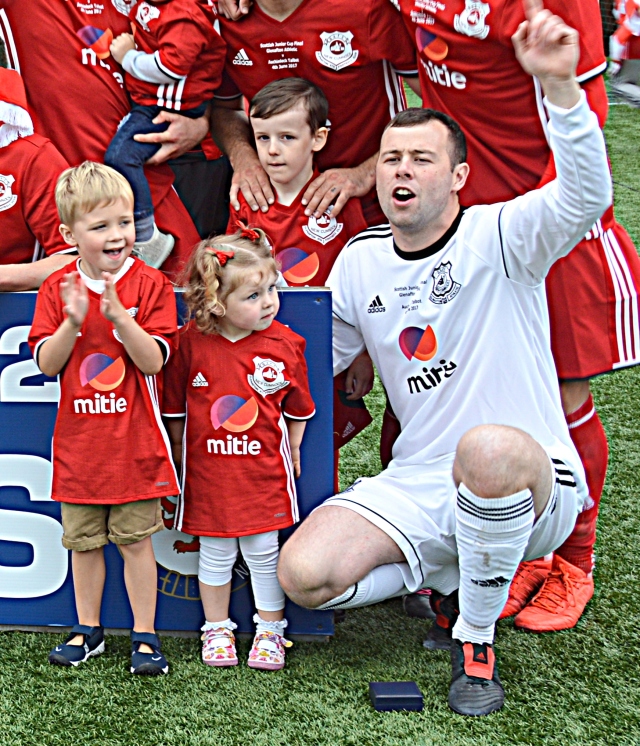