Posted on February 1, 2018 by flowgently 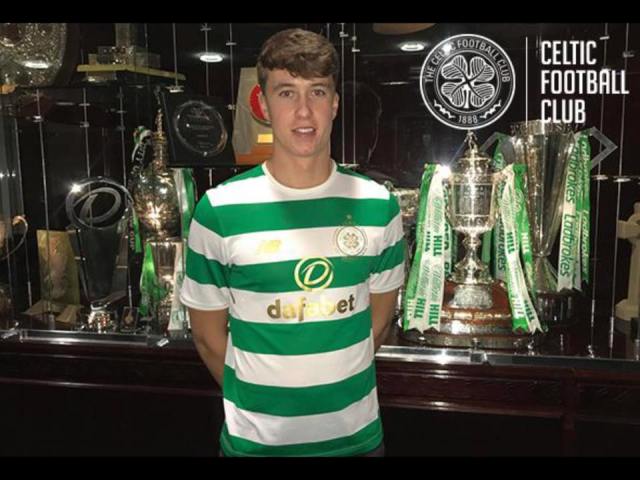 Ex Glenafton Athletic youth player Jack Hendry who started his career with the Glens  signed for Celtic on a transfer deadline day swoop, on a four-and-a-half-deal from Dundee.

Jack began his career with the Glens after sone great times and also was captain for us when we won the Amsterdam cup. He then moved to Celtic youth academy along with Mark Shankland. Jack then signed for Partick Thistle before he moved to Wigan Athletic in September 2015. During his time in England he also had loan spells with Shrewsbury Town and MK Dons before returning north last July when he signed for Dundee

It’ss great to see another Glenafton youth player make it to the highest level in the game. He text me 6.30 am today to let me know and thank Glenafton for giving him his first taste of Football and he still looks out for the Glens results.