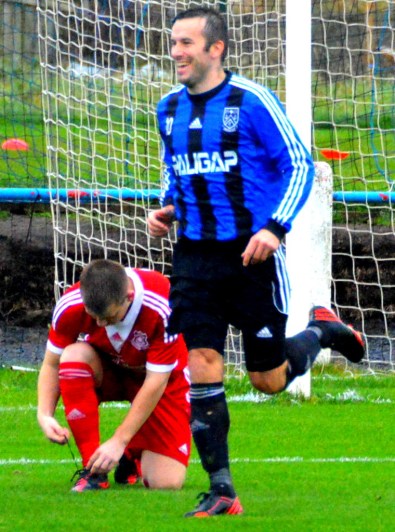 Glenafton Athletic are delighted to announce the signing of 33 year-old striker Mick McCann from Troon.

He began his junior career with Annbank United before making the move to Irvine Meadow at the start of the 2009/10 season. Although things didn’t work as well as they could have Mick’s move to Auchinleck Talbot the following season began on a high with a goal on his debut against Cumnock and ended with the opening goal against Musselburgh in the Scottish Junior Cup final . Four magnificent seasons at Beechwood would follow, including  back-to-back Premier league titles.

Mick made the move to Troon last season, to team up with former Talbot striker David Gillies, and help consolidate the Portland Park side’s place in the Premier Division.