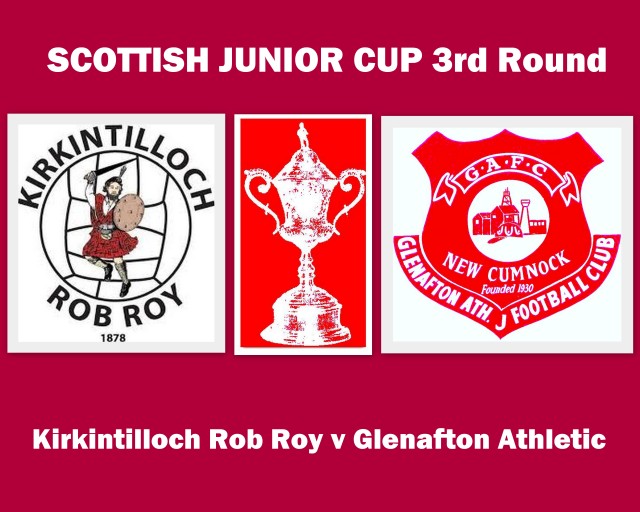 Glenafton continues this season’s Scottish Junior Cup campaign with a 3rd round tie against Kirkkintilloch Rob Roy. The game will take place at Guy’s Meadow home of Cumbernauld United where the Rabs are currently ground sharing. 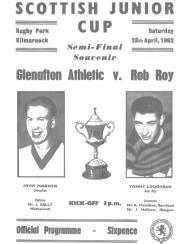 1961/62: The two sides have met four times in the Scottish Junior Cup , the first of which was in the 1961/62 semi-final at Rugby Park. This was the first time the Glens had reached this stage of the competition , while at that time the Rabs had won the trophy twice and been runners-up three times. Kirkintilloch’s keeper McLeod was in sparkling form and kept the Glens forwards at bay and the Rabs triumphed by  a single goal and went on to win the trophy for a third time after defeating Renfrew in the final. The Glens reached the final for the first time the following season only to lose out to Irvine Meadow. 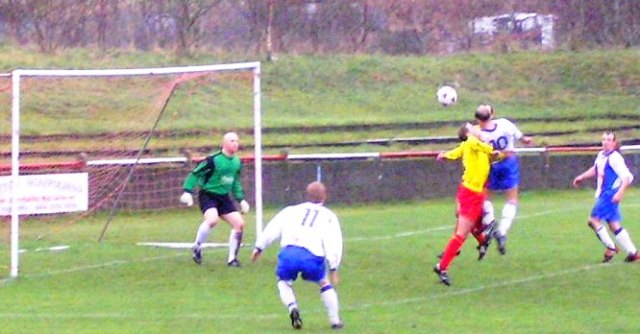 2005/06: Twenty years passed before the Glens and Rabs faced each other, the New Cumnock side having by then reached the final three years running in the ’90s including winning the trophy in 1992/93 for the first time in the club’s history.  In a close fought 3rd round tie in a monsoon at Loch Park the visitors appeared to have taken an early lead only to be denied by an offside flag. Darren Johnstone head the home side ahead 7 minutes before the break and Stuart Gauley poked home the equaliser 7 minutes after the restart. Midway through the second half Stevie Agnew stroked the ball beyond Rabs keeper Scott McNab to score what proved to be the winner.  The Glens were humbled at home by Kirkcaldy YM in the next round.

2014/2015: Tomorrow the two sides meet for the fifth time in the Scottish Junior Cup with Glenafton as last season’s finalists and here’s looking forward to another thrilling installment. Glens and Rabs last met in a Premier Division clash at Loch Park last season with goals from Cameron Marlow (below) and Findlay Frye giving the home side a narrow 2-1 win. 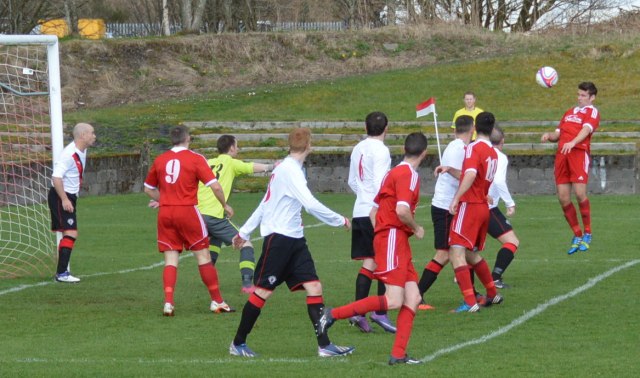