Glenafton bounced back from the lashing at Lugar on Monday night with a gutsy performance away at Auchinleck that saw them fight back from two down to level the match, only to be denied a share of the spoils by a later winner from the hosts.

Keeper Brian McGarrity made his competitive debut for the Glens, back at his old stomping ground, while John Craig was suspended and Gareth Armstrong side-lined along with Stevie Miller.  The Glens once again fielded three trialists with another two on the bench.

In the opening minutes both sides earned free-kicks on the outskirts of their opponent’s 18 yard box with neither keeper tested or goal breached. On 11 minutes McGarrity dropped low to stop an angled drive from Steven White and then bravely clutched the loose ball from the studs of the incoming Kenny Connelly. David Gormley, with Ryan McChesney glued to him, weaved into the box only to meet a wall of red shirts marshalled by the Craigs, Menzies and McEwan, and repelled once again. 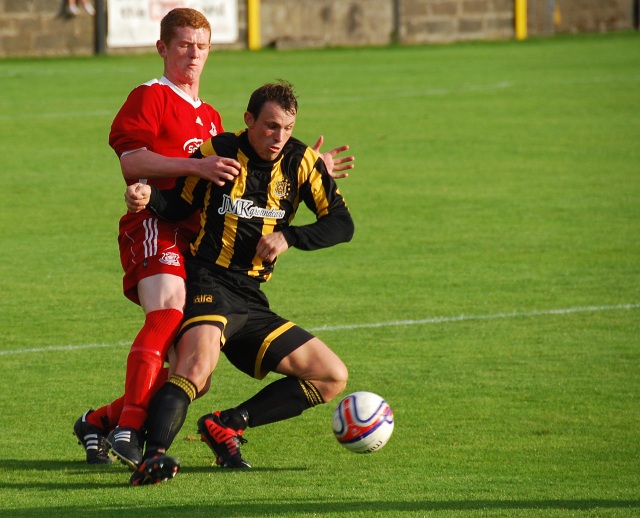 With 17 minutes gone the Glens carved their way through the heart of the home defence as one trialist played through the other who in turn played a cute one-two with Aaron Connolly before firing from 12 yards out only for the advancing Andy Leishman to get a foot to the ball and Ally Park mop up the pieces with Connolly threatening to pounce.

On 33 minutes the home side took the lead with a slice of good fortune after Bryan Young pounced on a headed clearance and although his shot at goal appeared to be well covered by McGarrity the ball deflected off the outstretched leg of McChesney and into the corner of the net. 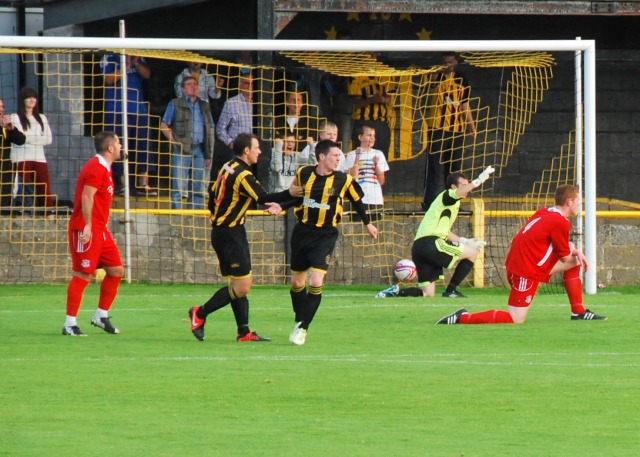 Talbot turned up the heat in search of a second with a wave of attacks the best of which arrived five minutes before the break. Young released Gormley wide on the left and the former Glens man made good haste down the flank before cutting into the box and setting up Young with a golden chance only for the striker to blast the ball over the bar.  H/T Auchinleck 1 Glens 0

The visitors were first to show after the interval with Craig Potter and Findlay Frye meshing well with both trialists in midfield and dictating play with Connolly and Scott Adam lively up front.  Yet, on 55 minutes the Talbot doubled their lead after Trialist1 and Kier Milleken challenged for the ball wide in the box and as the latter tumbled onto the lush Beechwood grass, the referee pointed to the spot. Kenny Connelly, stepped up and slotted the ball home with some style.

Glenafton’s heads stayed aloft and within a minute they halved the deficit when Trialist1 headed the ball over the top of the Talbot defence and Trialist 3 (Marlow) ran on to gather the ball at the edge of the box and finish exquisitely with a cracking volley over the head of the advancing Leishman to send the ball soaring into the roof of the net. 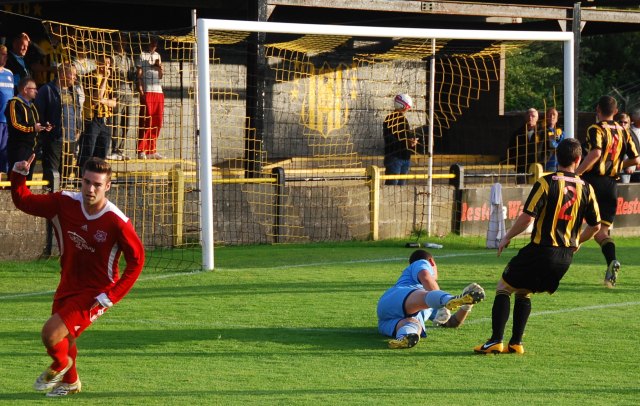 Glens pull one back

Heads up and now tails up too, the visitors continued to press with  five minutes later a Leishman leg stretched out to block Adam’s crack at goal.

On 63 minutes the visitors’ pressure paid off as Connolly hounded Martin McGoldrick forcing the centre-back into a pass back to the safe-keeping of Leishman or so it seemed until the big keeper took a touch allowing Connolly to close in, steal the ball, round the goalie all ends up and stroke the ball into the back of the eeka peeka pucka pokey! 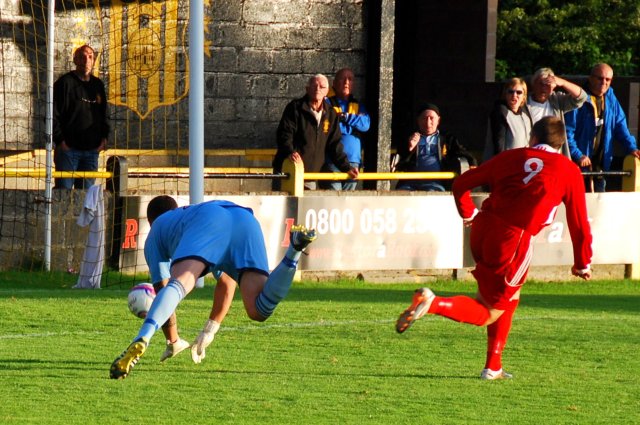 Squeaky ‘bot  time as the Glens pushed on but the home side soon regained their composure and six minutes later came within a whisker of regaining the lead as McGoldrick , diving at full stretch just failed to get his head to the ball at the back post. Soon after it was McGarrity at full stretch across.   the goal-line to take the pace of an angled drive and gather up before Colin Spence could feed on any scraps.

With 15 minutes to go the Glens were dealt a blow when the outstanding McChesney, who had failed to recover from an earlier knock, had to leave the field and was replaced by a Trialist. 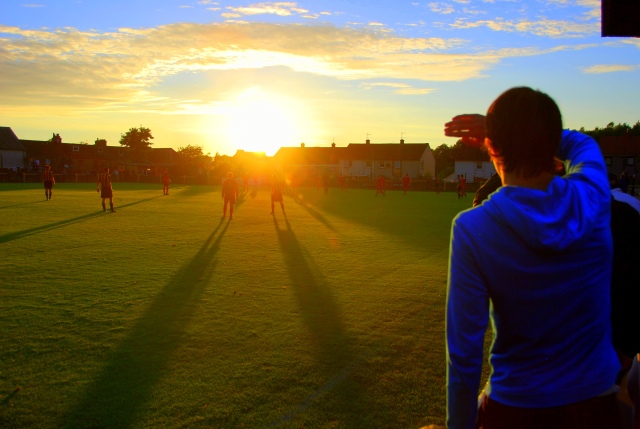 As the sun sank quickly and shadows strived to stretch the length of the pitch both sides went in search of the winner. With six minutes to go a short corner to Frye caught Auchinleck napping and the lively midfielder’s curled strike whizzed over the bar. Two minutes from time the hosts had the last say as a ball in from the left struck a red shirt and left McGarrity with no chance and Auchinleck with the points. F/T Auchinleck 3 Glenafton 2