Glenafton finished the decade with a 2-1 win over league leaders Kilwinning Rangers at Loch Park. Joe Andrew opened the scoring from close range in the first half. 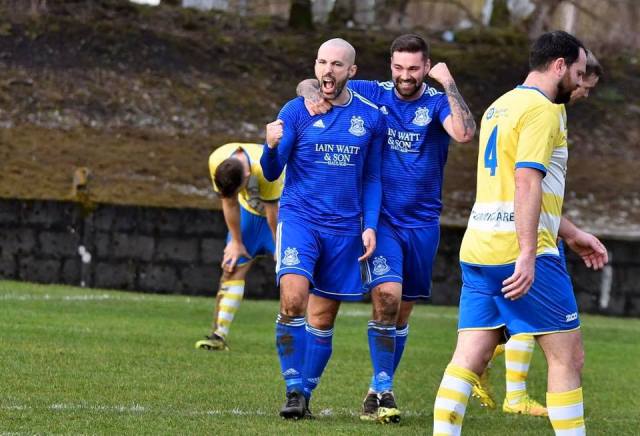 Matthew Reilly doubled the lead in the second half with a  wonderful run through before weaving his way through defenders in the box and although the keeper advance to block his shot from 12 yards the young striker reacted quickly to bury the rebound.

The Buffs halved the deficit through Ben Lewis and in the closing minutes substitute and former Buffs striker  Ryan Nisbet received his marching orders as Glens held on for the three points.