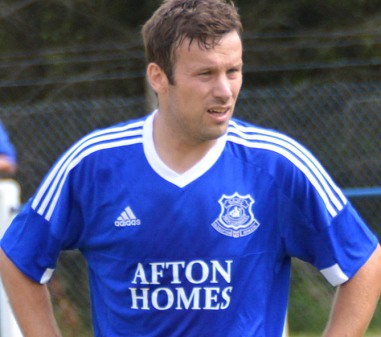 Glenafton made a strong start to this West of Scotland 1st round tie with two early goals. On 7 minutes keeper Blair Lochhead quickly launched a long ball up the right flank which was headed on by Chris Dallas before the ball was brilliantly killed on his chest by Mick McCann then flicked into the box for Dallas, with the afterburners applied, to burst between two defenders and beat the advancing keeper by a whisker to nick the ball into the net.  The home side doubled their lead on 11 minutes after Mick McCann caught the visitors sleeping with a quick dart from the penalty spot to the near post to clip  home a David Gray corner-kick. Credit to Carluke they didn’t crumble and gave as good as they got during the remainder of the half where some decent changes came and went for both teams. 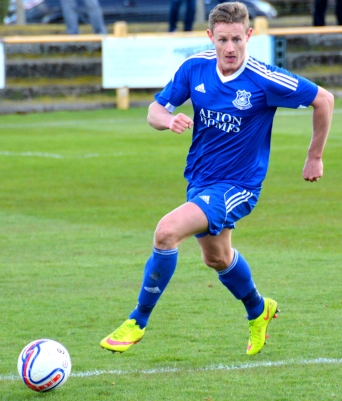 The Rovers replicated the Glens  feat of the first half with two quick goals. On 53 minutes good build up play down the right flank ended with the ball being whipped to the far post where Ian Watt got the jump on the home rear-guard to head the ball home from close range. Two minutes later the match was all square with another passage of slick play down the right that earned the Rovers a corner kick. The kick was quickly taken to the right hand side of the box for the incoming Scott Burns and although his shot cannoned off a defender the ball shot up into air and descended at the back post where Greg Fernie’s outstretched leg guided the ball past a clutch of defenders and keeper for a deserved equaliser.  The second half continued to mimic the first with both sides creating chances in equal measure until the closing minutes when the Glens had the upper hand. Lochhead’s long ball up the middle was headed on by McCann, trapped by substitute Joe Andrew and slipped into the path of Chris Dallas to dart into the box and chip the ball over the advancing keeper Gordon Bruce.