Glenafton made a number of  changes from the starting eleven against Kilbirnie for the visit of   Ardeer Thistle. David Buchanan was between the sticks in place of Brian  McGarrity and in came Craig Potter, Craig McGuffie, Chris Dallas and Mick McCann for Alan Cairns, Ally Park, John Paul Boyle , Joe Andrew . 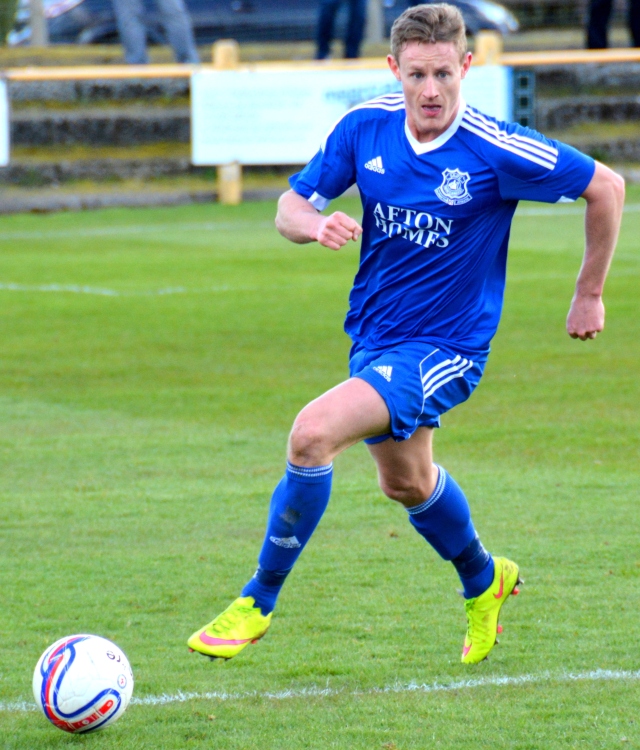 The Ayrshire District side put up a good show and it was midway through the half  when  Glens made the breakthrough with a goal from Craig McGuffie. On 26 minutes Mick McCann doubled the home side’s advantage and ten minutes later Chris Dallas (above)scored his first goal for the club to make it 3-0 at the break.

Five minutes after the restart David Gray (bottom right) slotted home a spot kick to for number four.  Thistle had a sting in the tail and hit a consolation through none other than Glens legend Gareth ‘Bo’ Armstrong.