A minute’s silence was held before kick off as a mark of respect for Irvine Victoria’s club secretary Mrs Sheena Thomson who recently passed away.

Holders travelled to Portland Park, the scene of their Ardagh Glass Cup final victory over Auchinleck Talbot last season, to face Troon in the quarter-final of this season’s competition. In a pulsating cup-tie it was the home side that broke the deadlock 10 minutes before the break when Adam Forsyth headed home a cross from Dale Moore. 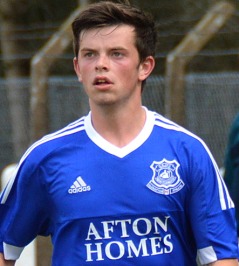