The home side dominated the first half and took the lead in 15 minutes after fine play down the left by Adam Strachan to set up Darren McGill to blast the ball home from 5 yards out. Five minutes later Cameron Marlow picked out Patrick Walker who outwitted Bankies defence before picking our Aaron Connolly to drill home from the edge of the six yard box. Glens continued to press without adding to their tally. 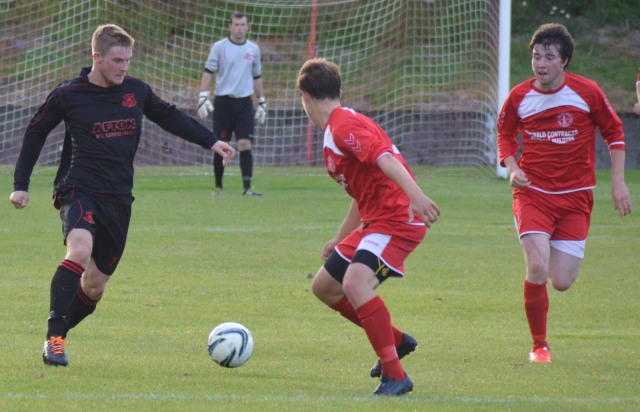 Darren McGill on the ball

The young Annbank side, including former Glenafton player Jamie Donnelly, were transformed in the second half and created numerous chances but found their former keeper Brian McGarrity in splendid form as well as hitting the woodwork and side net. The home since created chances of their own and added third four minutes from time after Adam Strachan was brought down in the box and converted the spot-kick.