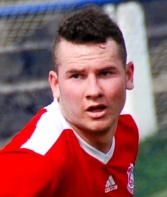 Glenafton are delighted to announce the signing striker Ross Robertson from Ayr United.

Rossco originally joined the Glens from the Honest Men in January on loan deal until the end of the season.

He scored 6 goals in 16 appearances and  played a key role in the Loch Park side finishing fourth in the league and clinching the West of Scotland Cup.

Welcome back to Loch Park, Ross. 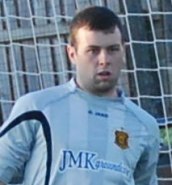 The club have  secured the signature of Brian McGarrity from Auchinleck Talbot. Glens supporters will recall Brian coming out on top in the penalty shoot-out in the Evening Times Cup Winners Cup at Beechwood last season.

Prior to joining Talbot in 2011, Brian played for Annbank United and saved and saved a penalty against in the Glens in their trip to New Pebble Park.

Players signed up for the new season