Glenafton return to the Top Flight

After three long seasons in the Super League 1st Division Glenafton Athletic return to the Premier Division.  Promoted as ‘champions’ evokes memories of the formation of the West Region some 10 seasons ago when the Glens, booked their berth in the newly constructed league as the’Last Champions of the Ayrshire’. Can you recall the other 5 Ayrshire sides that joined them? Yes, of course Auchinleck , Cumnock, Irvine Meadow, Kilbirnie and Kilwinning.

Joining them in a new found football fellowship were Central’s ‘six-of-the-best’ …. come on rack those brains. You got it, Pollok and Benburb, Johnstone Burgh, Larkhall Thistle, Maryhill and Neilston. The Glens finished in third place and three points behind the inaugural champions Pollok who pipped Neilston on goal difference. Pollok are one of only two teams that have been ever present in the Premier Division and during that time delivered four titles and five other top-five finishes.  A 10th place finish last season and a play-off win over Renfrew secured their top flight status. 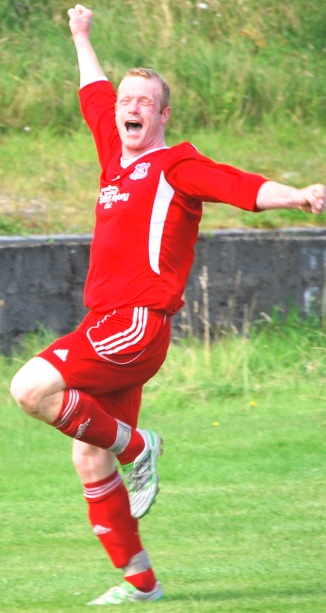 The other ever-present side is of course Auchinleck Talbot. The Beechwood boys  finished 10th in their first season and with no play-offs back then their Premier  place was secure. After finishing  8th the following they been regular title challengers and delivered  1 x 4th, 4 x 3rd , 1 x 2nd place finishes as well as the championship in 2005/06 to keep the Scottish Junior Cup company.Of the other 11 teams in the league we have shared Premier Division status with Arthurlie (6 seasons), Auchinleck (7), Beith (3), Cumnock (7), Irvine Meadow (3), Kirkintilloch (1), Petershill (3) , Pollok (7) and Shotts (3). This season will see the Glens face both Ashfield and Clydebank in the top flight for the first time, both sides deservedly gaining promotion from the Super 1st two seasons ago with some fantastic football . Tomorrow we host ‘ever-present’ Auchinleck in the opening game of the new season and the following week we travel to ‘ever-present’ Pollok – it’s good to be back!