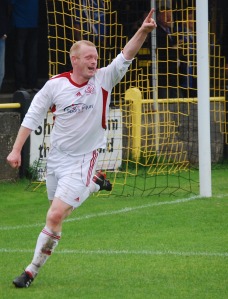 Despite the 5-0 defeat at Girvan last week-end Glenafton remain top of the league as they prepare to visit Lanark United this Saturday. A shock to the system no doubt but the New Cumnock side recovered from the same scoreline at the same venue last season and will be eager to put it behind them as quickly as they can.  The game at Girvan also saw top goalscorer Gareth Armstrong hobble off injured but hopefully he will be fit for the trip to Moor Park.

Lanark currently sit 10th in the league with 10 points from 10 games. However seven of these points have been garnered over their last four games, including three at Blair Park last Saturday with a fine 2-1 win over Hurlford with a strike from Chris McDougall and a spot kick from Liam Mushet.

Glenafton and Lanark have never met on league business before but  of course the two sides crossed swords in the ill-fated play-off at the close of season 2008-09. As the Premier Division side the Glens hosted the 1st leg and recovered from 1-0 down to take a 2-1 lead into the 2nd leg thanks to goals from Chris Zok and Craig Feroz. The narrow lead effectively narrowed further when Jamie Doyle saw red early in the match and when a Feroz header crashed off the bar the omens weren’t great and Lanark struck twice to earn promotion to the Premier Division for the first time and ended Glenafton’s seven-year term in the top flight. 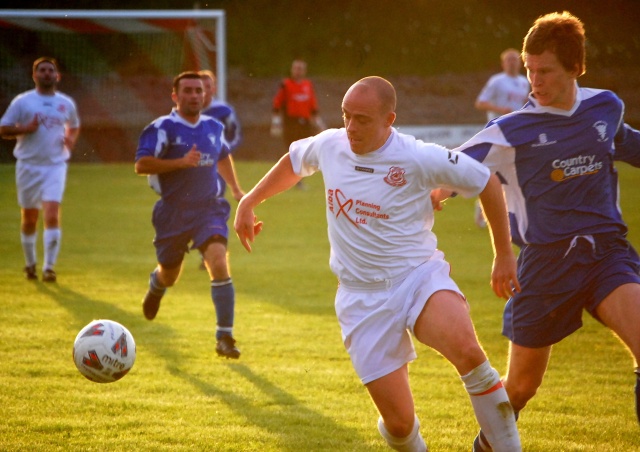 However, my abiding memory of that defeat on a forgetful Friday night at Lanark was the then club President John Timpany coming back to Loch Park and working through the night to prepare for Glenafton’s Youth Festival of Football, that kicked off the next morning. Get better soon, Jock. 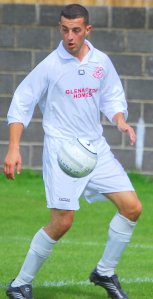 Stuart Tullis from St. Mungo Amateurs impressed in a couple of pre-season friendlies at the start of Season 2008/09 and turned out as a trialist in some of the Ardagh Sectional League Cup matches before being signed by manager Gordon Dalziel.  He came off the bench in the first three league games of the season and enjoyed an unbeaten record with victories over Neilston (a 1-0), Cumnock Juniors (h 4-0) and a draw at Vale of Clyde (a 3-3). Stuart also came off the bench in the 5-2 West of Scotland Cup 1st round win over Thorniewood United but a red card ensured an early bath for the youngster. Stuart was with Lanark United last season and returned to the Yowes last week signing from Campsie Minerva.